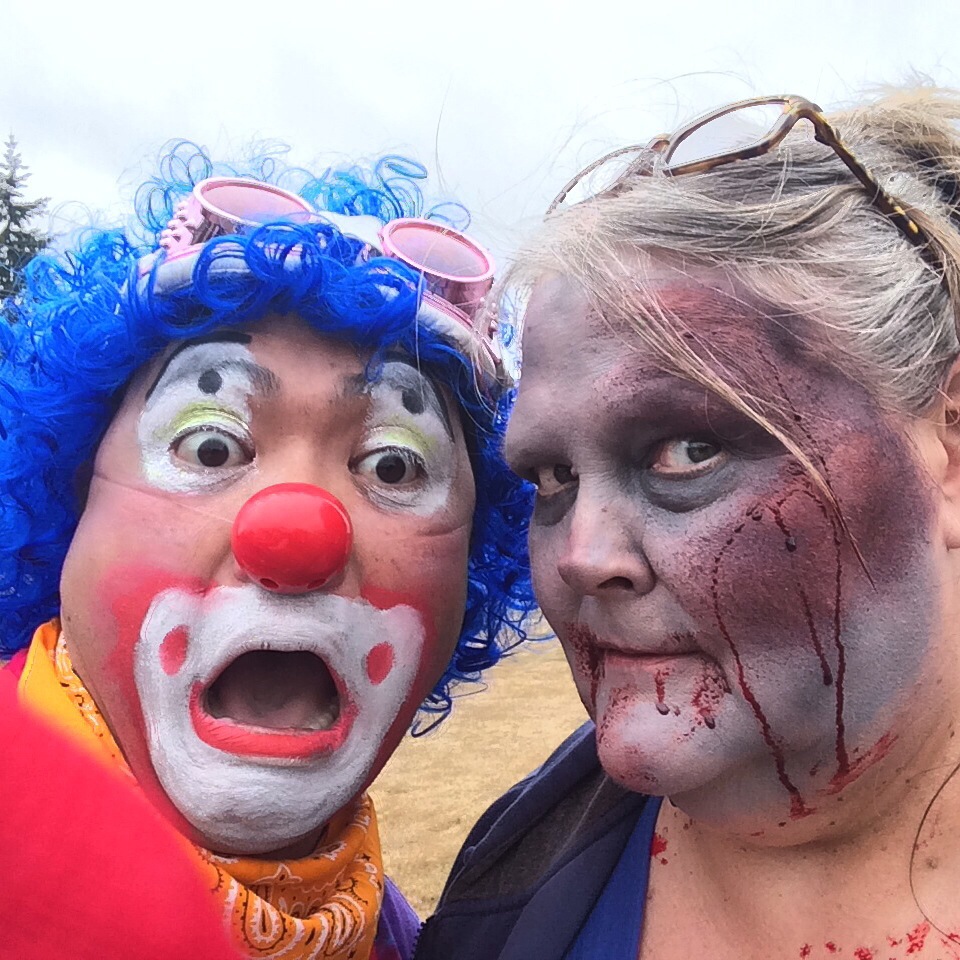 The whole scary clown issue has and always be a big subject among clown performers. It’s one of the guiding philosophies behind my make-up and my outfit. I purposely avoided whiteface (which is a common thing among the “scary clown” look) and went for a cartoony auguste look that was always in a surprised smile. I decided never to wear a onesie (another common scary clown touchtone) and went with a pants and hoodie combo that was perhaps not so goofy but was still undeniably clownish.

Here’s the thing though: I’ve sorta reconciled myself with the scary clown thing. I actually have been listening to quite a bit of ICP lately (“When I’m Clownin'” is my prep music). If you look in my car, there’s a scary clown hanging from my rear view mirror, while Funkos of Joker and Harley Quinn stare out the back window.

Because I’ve realized something. Scary clowns? They’re popular. And here’s the thing: they’re not actually scary. Put the Joker against, say, Bozo the Clown and ask the average person who they think is scarier. I think most would actually point out Bozo. I think it’s basically the Klingon effect: The Klingon’s are these big, swaggering enemies of the Federation. They’re supposed to be frightening. Yet, guess which costumed fans are the most popular around Trek conventions?

Same thing with zombies. Here’s a picture of me posed with a costumed zombie at the local parade. Who do you think the average person would find more frightening?

The frightening thing, I think, is that people are afraid of the unknown. The reason that clowns are scary is that it’s make-up, gags, and a persona that doesn’t clue you in to the person underneath. This is why it’s important to work hard to let your audience know that you’re a human being as well.

Because, in the end, clowns aren’t monsters. We’re just people in make-up. And isn’t it the greatest gag that the thing you’re most afraid of is a person with stuff on his face?