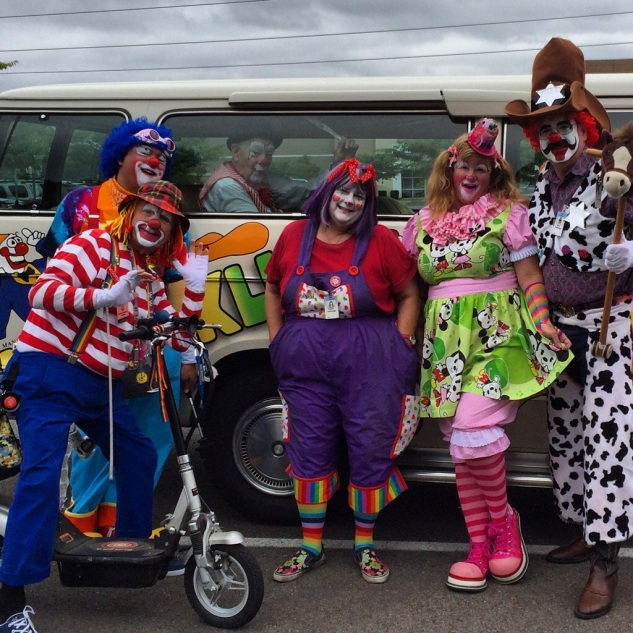 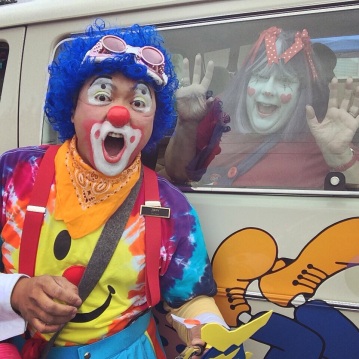 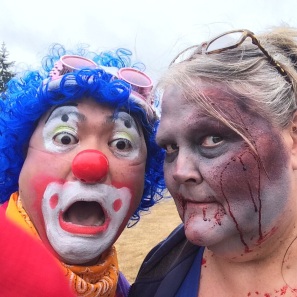 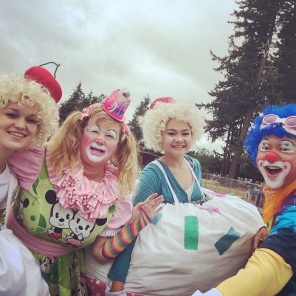 I joined the Boeing Clowns in my first parade of the year: the Covington Days Parade. We were wedged between a team dressed in green (celebrating Irish heritage, I think?) and the library crowd. While the van drove ahead, I lavished kids with foam clown noses and stickers.

My go to gag: a foam fish I had strapped to one of my hands. I asked kids for a “fist bump,” and then followed it up with a “fish bump.”

It’s always handy to have two gags, though, to keep kids from getting bored. So emboldened, I gave away my clown noses. If there’s an older kid, though, I asked, “Do you want a red nose?” He or she would say yes. Then I pull out my toy hammer ($1.50 at Daiso) and pretend like I was going to bop him on the nose.